Z is for Zucchini and Za'atar

Zucchini is one of my favorite Z words. When I visit my family back in Illinois in the summer, my brother's garden is usually brimming with crazy amounts of zucchini. We've finally had success growing it here in AZ too. It is a very mild, so you can use it in so many dishes.

I wanted to combine it something unique: Za'atar, an exotic spice from the Middle East. It is hard to describe the flavors. The sumac is bright and almost citrus like in flavor, but not quite. I knew I had purchased some for some recipe I wanted to make, but I had no idea where it was stashed. After a crazy pantry search I found it! Toasted sesame seeds are a must. There is debate on the green spices: thyme, marjoram and oregano. I decided to use both thyme and oregano in my mixture.

I found a lot of different recipes for Za'atar and it is true that the spice mixtures are different depending on what part of the region the mixture comes from. Forgive me if I have bastardized any tradition, but this is my take on Za'atar. You can easily double this recipe.

Lightly crush sesame seeds and cumin seeds to release their flavors. Mix all ingredients together and store in an airtight container for up to 2 weeks.

I wanted to marry the mild zucchini with the aromatic Za'atar. Recently, I had gone to a local restaurant and had some amazing zucchini chips. I thought the chips and the seasoning would be a great combo. So for the first time, I attempted frying in coconut oil. Check out this weird foaming action. 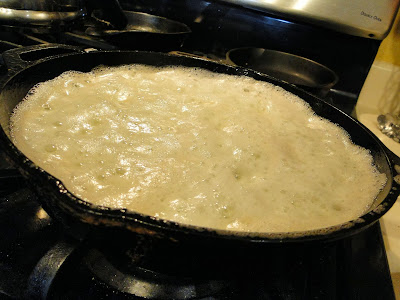 Sadly the chips came out very greasy. I have ideas on how to remedy this situation in the future. I think they need to be dried before they are fried. But this fine evening I could not give up on my Za'tar and zucchini marriage dream. 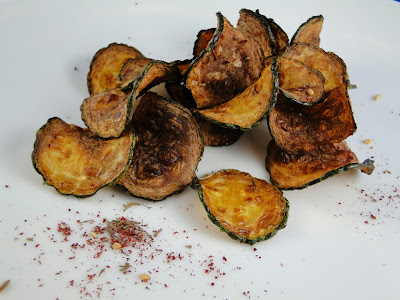 So I went on to take some very thin slices of zuchs and bake them with a little Za'atar sprinkled on them. Better, but still not what I wanted. 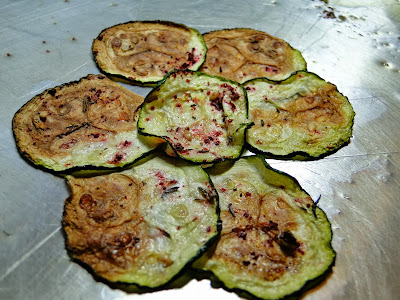 Third attempt was the best. I again took thinly sliced zucchini. This time I stirred it up with some white wine vinegar, olive oil, garlic, Za'atar and fresh chopped jalapeño. I'm going to have to get back to you on the measurements. Recipes allude me after a couple of glasses of wine. I just start throwing shizzle together and don't pay attention. This was good enough to measure and write up. So after I get some sleep and chill out a little. I will make another batch and post the amounts here. In the mean time, here is a picture of the "pickled" yum. 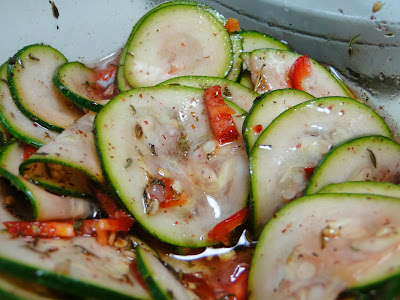 Z is the end of the alphabet, but certainly no the end of MoFo for this year.

Oh, don't think I forgot about the giveaway! The winner of the Upton's Naturals giveaway is...

#2 Cadry!!! Congrats! I will be contacting you to send the vouchers. I can't wait to see what you are going to do with those awesome Upton's goodies!!! 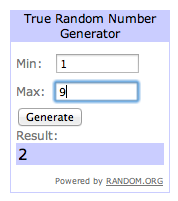