Hackett House Class and Food and Flourish Column all in one week!

November is proving to be a very exciting month in my food world. After winding down from October's Vegan MoFo, it is time to dive right in to the Holiday Season and other fun food events.

The November issue of Food and Flourish is out. Go to page 22 to view my column The Vegan Life for some holiday dinner suggestions.
Food & Flourish - November 2012

I was invited back to the Hackett House in Tempe to host a Dinner Party/Cooking Class that took place on November 8th. The Fall Harvest Menu featured local pesticide free fall produce from Horny Toad Farms. It was a fun filled evening. Family and friends all pitched in to make the food and the evening a great success. We were treated to a vegan wine chat by Fred. I may be a little biased, but I really thought he was charming, approachable and informative. Sadly, I was cooking when he did his second presentation and didn't get video. Click here to see his chat.

We started the evening with East Meets Southwest Tamale Eggrolls. They were served with a Sweet, Sour and Spicy Dipping Sauce. 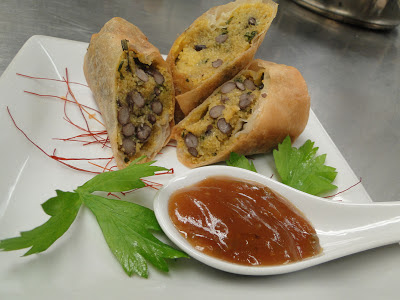 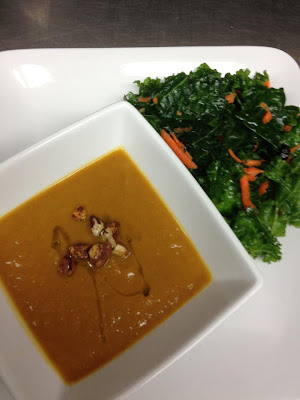 We had one couple that came all the way from IL and were kind enough to send this photo of the entree!! 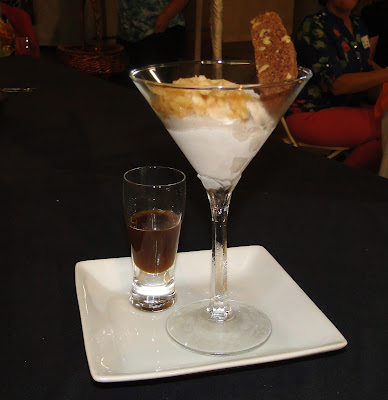 I can't even begin to tell you how incredible the Hackett House volunteers are! I thank them from the bottom of my heart for making this such a wonderful event for all of the guests! 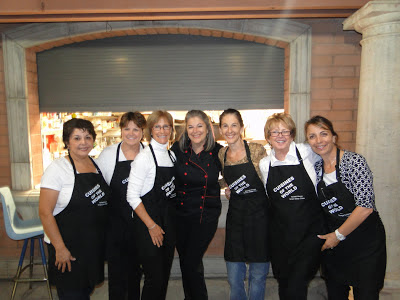 The spring class is tentatively scheduled for April 9th. So mark your calendar!

Vegan Sandwiches Save the Day...Again today! 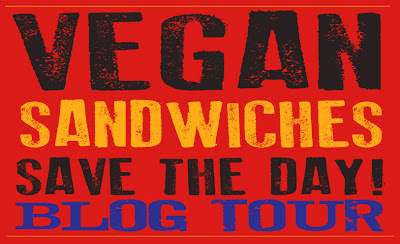 I hope you aren't getting tired of me raving about this book, because I just can't seem to keep myself away from it! Is it the love of hand held meals? Is it the joy of the carby bready goodness? Or is it the fabulous flavor combinations that Tami Noyes and Celine Steen coax out of ingredients? The answer is D) all of the above.

I had the pleasure of meeting Tami and her hubby a couple of years ago in Chicago. I instantly felt a connection and bond with her (and Liz of Cooking the Vegan Books Blog) as we are kindred foodie spirits. The sheer joy of food and cooking oozes from her when you talk about her latest recipes or idea.  My hubby was very skeptical about the whole "vegan thing". I credit Tami, Jim and Liz for making him open to try more and more vegan food and to meeting more vegan folks. They were able to answer his many questions in a very non-judgmental way. He was truly grateful.

I knew any cookbook project she took on would be a great success because of her sincere and unbridled passion for cooking. I have never met Celine, but I am guessing she has the same love and passion for cooking. These ladies know how to combine flavors and textures to make delicious and interesting sandwiches for every meal.

As would be expected, this time around I selected another spicy one: Peppery Tempeh Sandwiches (pg. 127). I did have to make a sub as I didn't have the whole dried peppers called for in the recipe. I did have ground versions of them and this worked out just fine using about 1/2 teaspoon of each. I love finding ways to serve tempeh that my tempeh-averse honey likes. This was one of those times. I loved the complex and slightly spicy flavors that the marinade imparted on the tempeh. The lime adds a nice hint of tartness. I chose a crusty whole grain ciabatta roll for the bread. Slathered with the cilantro mayo and topped off with cool cucumbers and red peppers, it was a very filling and tasty dinner. 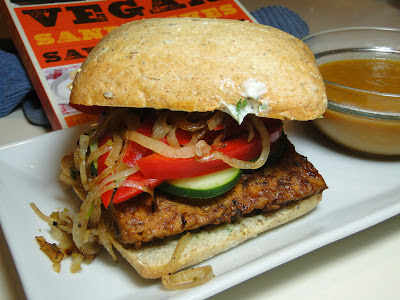 Fred is a red-sauce monster. It is one of his very favorite comfort foods. Just yesterday he was hinting that he would really love it if I might make some one day soon. Today was the day. I noticed the Meat(less)ball Subs on page 113 with an enticing picture of the sandwich blanketed in marinara. Score!!! I set about making the meatballs. They came together pretty easily using the food processor. When I went to brown them I took care to turn them gently. I had tried another recipe for meatballs and had an unfortunate crumbling problem. I had one ball that was trying hard not to cooperate, but I used a big spoon to gently flip him over and all was well. The balls expanded a lot while cooking. I thought they were great, but Fred mentioned he would like me to make them a little smaller next time. Here are the naked balls. 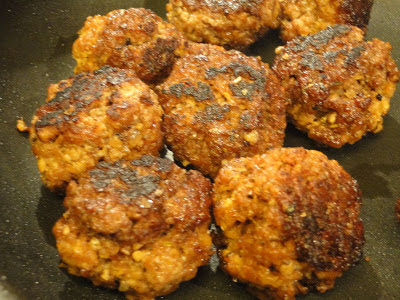 We have an all vegan restaurant near us that has a wonderful meatball sub sandwich. I was curious how this would compare. These are on par with theirs. I like knowing how things are made and what is going into them, so it is nice to be able to make them myself. As a side note, which should really be a regular note, we were invited to dinner at my friend's house tonight. I made Fred and I our sandwiches and there were quite a few meatballs, peppers, onions and marinara left over. Several of our friends tried them and thought they were really good. They also said they probably wouldn't have guessed they were vegan if they didn't know it! I thought these would be really good with some fennel in them, so I might give that  a whirl next time. I'll stop blabbing and show you the goods! 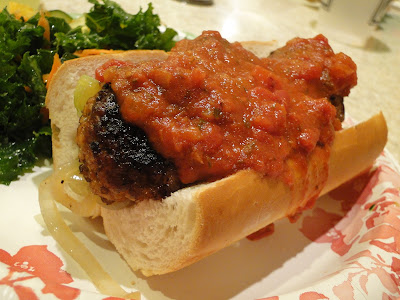 If you don't have Vegan Sandwiches Save the Day yet, make sure to put it on your must have list. There are so many great sandwich ideas, you will be happy you did.
Posted by Veg-In-Training at 8:37 PM 5 comments: