This poor book has been ignored for so long. Joanna was the second author I had the honor to test for. This week and next week are crazy busy for us as hike day is quickly approaching. I thought I wouldn't get to the challenge this week. I had two food commitments this week and I was able to find recipes for both in YRR.

I have class on Tuesday nights. Each week four of us are responsible for bringing something for the rest of the class to eat. I volunteered to make sloppy Joe's. One of my class mates knows I don't eat meat, so she said she was surprised I offered to make them. I just smiled. Thankfully Joanna has her own version called Sloppy Joanna's. I made a quadruple batch so that I could feed the class. I added the optional green peppers because I like veggie content. They were a hit. Several of my classmates commented on how good they were. My instructor asked me if they were made from chicken :) 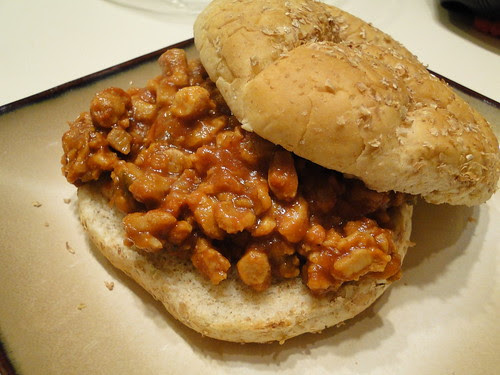 Thursday night was Dining for Women night. For this gathering I made the Wild Rice Salad. It has wild rice, sun dried tomatoes, artichoke hearts and kalamata olives. It was a simple recipe, but I had to giggle reading that she made these when the fridge was empty and she was poor. These are not inexpensive ingredients. It was simple and tasty, but I don't know if I'd spend the money on wild rice for this one. I think I'd save wild rice for other dishes. 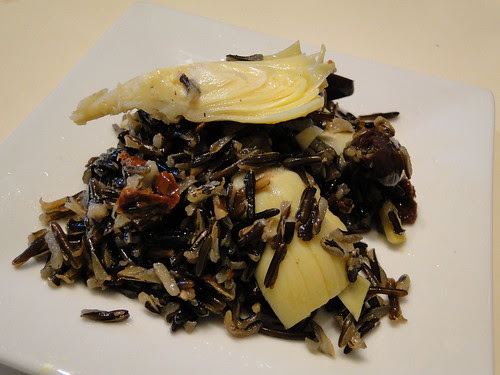 I had some seitan cutlets left over from AVK week, so I decided to make a dish I knew I loved - the Mustard Crusted Seitan. I also slipped in another YRR recipe the as the side dish, Lemon Collards. It was a quick and satisfying dinner after my evening work out. 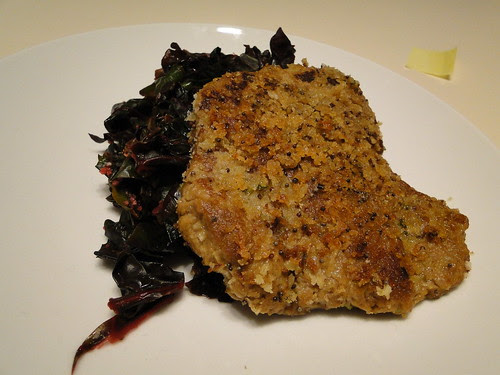 Yellow Rose Recipes was written with families in mind. Most of the recipes feature easy to find ingredients, are health and easy to make. This is a wonderful cook book for anyone. The only complaint I have is that there aren't more recipes. Joanna has retired from cook book writing (for now). I hope she changes her mind, because I puffy heart her stuff.
Posted by Veg-In-Training at 8:56 PM