Vegan 4th of July? What are you going to grill?

While much of the nation is grilling all kinds of different animal parts, we had our own plans for some grill action. I'm doing some testing again, so I had a few test recipes that were perfect for firing up the grill! It was super hot here again today, so I applaud Fred for firing up the charcoal grill. He smoked tofu, then I got to work.

I made some incredible stuffed jalapenos! These are a tester, so I can't divulge too much, but holy wow!! I thought the heat of the jalapenos was going to be too intense, but the grilling mellowed them...almost too much. It was hard for me to share them, they were that good. 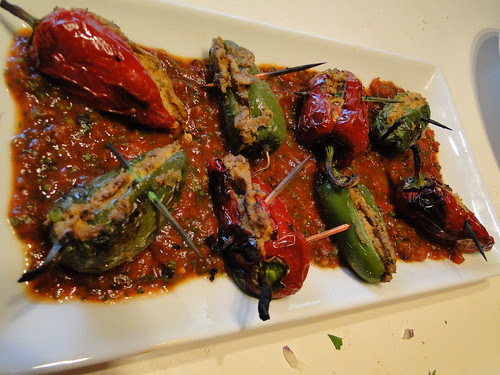 I had visions of making potato or pasta salad today. But it just didn't happen. I didn't want to deal with it. Lazy lazy today. What I ended up doing was grilling up some corn, bok choy and Chipotle BBQ Tempeh. This is a vegan kind of BBQ! Now I have to decide what we should do for dessert! 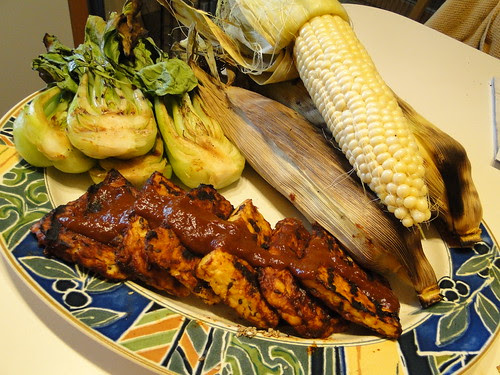