As luck would have it, this year I was in charge of entrees. For quite some time the classic dish Veal Oscar had been on my mind. I wanted to try and veganize this dish so it would be cruelty free, yet still delicious. It was a success, but still needs a bit of tweaking. I used a slight variation of Julie Hasson's Italalian Sausage Cutlet recipe (which will be in her upcoming Vegan Diner cookbook) to replace the veal. It was breaded in herbed panko crust and sauteed. For the crab I substituted thinly sliced marinated, alder smoked tofu. I topped it off with a Bearnaise sauce which was a variation of Isa's Vegan Brunch Hollandaise recipe. Traditional Oscar is served with steamed asparagus. This version has marinated and grilled spears.

I found some cute tiny yellow fingerling potatoes. I couldn't resist using them for this. These were roasted with garlic and herbs. Breaking from tradition, I developed a red wine reduction and sauteed some fresh shiitake mushrooms for a garnish. The recipe of the red wine reduction is MIA. I'm hoping it will re-surface. When it does I will post it here. In the mean time here are some pictures for you to feast your eyes on. 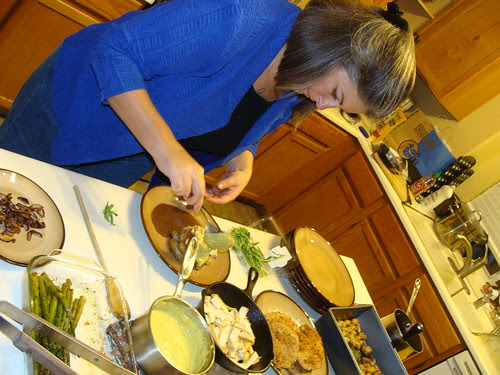 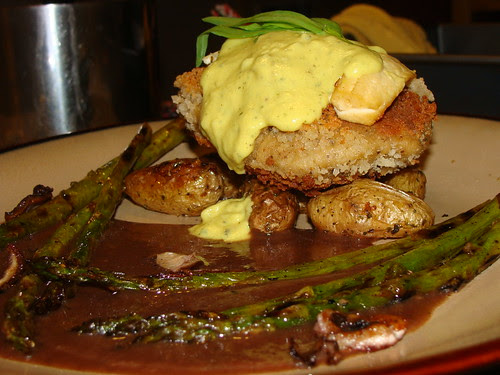 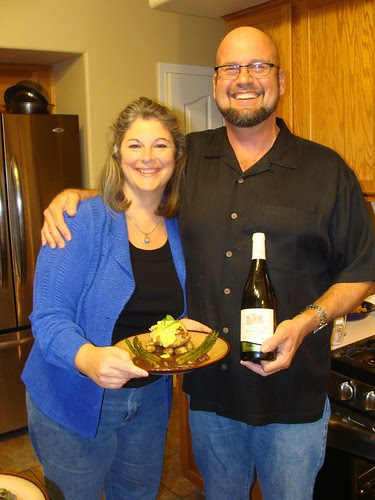